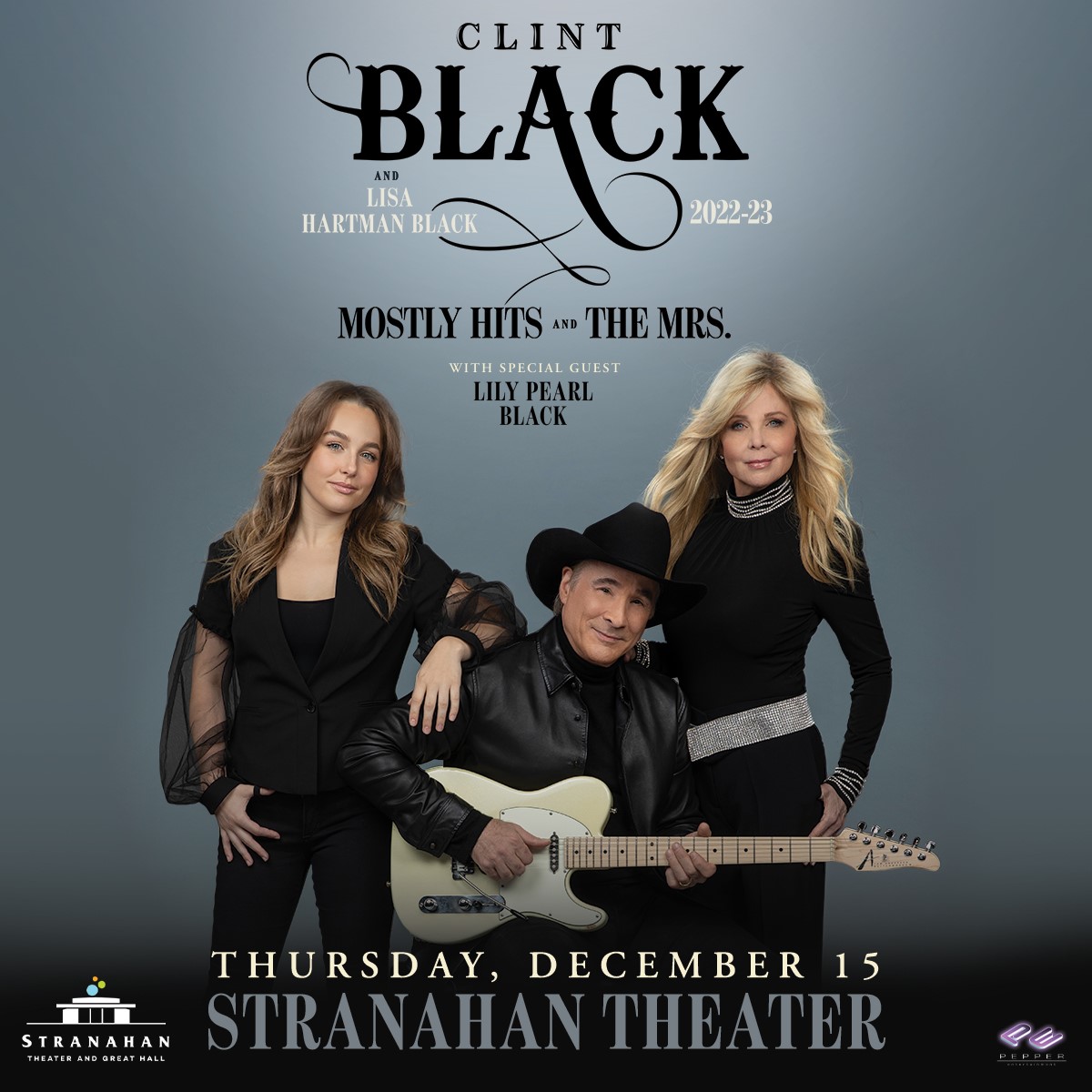 Clint Black has earned 22 #1 singles and 31 Top 10’s, making him one of the most successful singer/songwriters of the modern era. He has sold more than 20 million records and has received dozens of major awards and nominations including a GRAMMY and stars on both the Music City and Hollywood Walk of Fames.

Lisa Hartman Black starred in the iconic TV show “Knots Landing,” which launched her career in a formidable array of movies and mini-series.  Clint and Lisa released their Grammy-nominated duet, “When I Said I Do,” in 1999, which won an Academy of Country Music Award. The two were a part of “The Masked Singer,” season 4, as the first-ever duo, “The Snow Owls.”